While nonprofits have an overarching mission to do good in the community where they are located, that doesn't mean they are exempt from rules and regulations that other organizations have to follow. There are some policies that make it a bit easier for nonprofits to flourish, but it's definitely not easy to sustain success. Below are a collection of some of the threats and distractions that can act as potential roadblocks for today's nonprofit organizations:

Fewer contributors due to limitation on tax deductions
Developing a donor network is difficult enough for many nonprofits, but it could be even more challenging if President Barack Obama chooses to impose restrictions on the amount of money people can claim for charitable giving when filing their taxes. Many people write off their donations on their taxes. If the government reduces the savings Americans can achieve on their taxes, nonprofits should expect to see far fewer donations sent their way, stated an article written by James Toscano, principal of Toscano Advisors, for the Minnesota Post.

A volatile economy
While the American economy appears to be on an upswing from the Great Recession, experts still aren't confident in its current state. When the economy is in dire straits, so are nonprofits. Americans are more comfortable donating to organizations when the business environment is strong, rather than when their investments could be taking a turn for the worse. According to a piece for Sustainable Business Oregon written by Stephen Marc Beaudoin, executive director of the PHAME Academy, nonprofits that struggle because of the economy will have to be especially creative when it comes to fundraising.

Failing to find qualified leaders
Many nonprofits are run similar to today's corporations, but fewer people are interested in joining these organizations. Americans often feel directors at nonprofits don't make as much money as those in for-profit leadership positions. Toscano mentioned this can be a serious problem as about one-third of current executive directors at nonprofits are expected to step down in the next few years. Organizations must be proactive in recruiting qualified candidates, preferably with MBAs, to help guide the nonprofit into the future. Making succession planning a higher priority may also be a good idea for nonprofits as the competition for top talent is greater than ever. 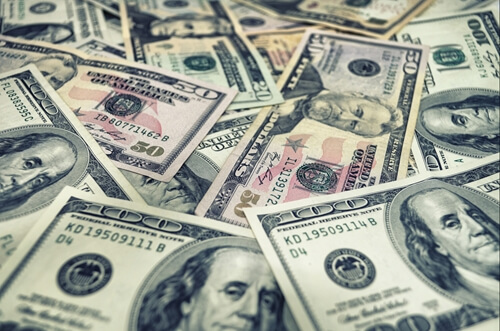