Crowdfunding an economical way to boost revenue when times are tough

Crowdfunding an economical way to boost revenue when times are tough

While the buzz around crowdfunding in recent years has related to startup companies and kickstarters, nonprofits actually led the way. The pressures placed on nonprofits to balance the books without consistent funding has fostered many innovative ways of raising money. For nonprofits, it's a powerful tool when used in conjunction with the Internet, but it has roots long before social media and micro-donation websites.

According to The Huffington Post, Milton Berle in many ways started the phenomenon with the first telethon in the late 1940s. The event raised over $100,000 for the Damon Runyon Cancer Research Foundation in just 16 hours. Adjusted for inflation, that's nearly $1 million. Crowdfunding has also been used successfully during pledge drives for public television and radio.

How small nonprofits can benefit from crowdfunding
The great thing about crowdfunding is that a small investment is often capable of a very large return, because donors are asked to give whatever they can instead of as much as they can. While not applicable when most donations had to be in cash or through a mailed check, the Internet allows nonprofits to accept donations of any size. Donors can text donations, which are added to the cost of their phone bill, or use PayPal to donate by simply clicking a button on a website.

According to The Huffington Post, while nonprofits can gain a lot from crowdfunding, they should always keep goals realistic. If an organization only has a few hundred people on its mailing list, then crowdfunding won't suddenly produce thousands of new donors just waiting to contribute over the Internet. For smaller groups that continue to deal with a difficult economy and a loss of government funding, crowdfunding is one way to get a sudden boost in donations. Even if it's small boost, it's likely a needed a one. 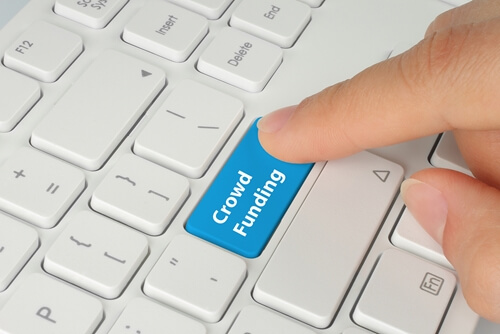