Did your state’s unemployment wage base change in 2014?

Did your state’s unemployment wage base change in 2014?

Why is this information important?

Several states have an upcoming April 30th deadline to submit their 1st quarter 2014 wage report. Unemployment taxes must be paid on the correct wage base to avoid any penalties.

Nonprofit employers have options to avoid these increases. To request more information, complete the form to the right. 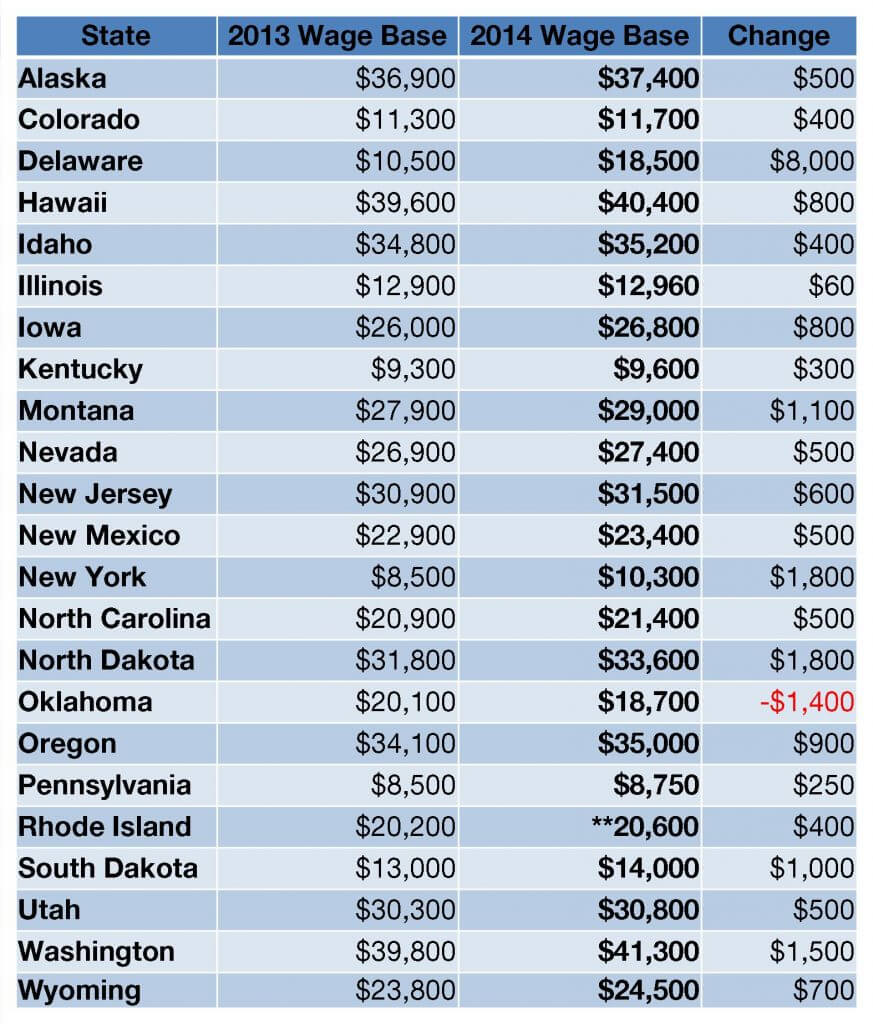