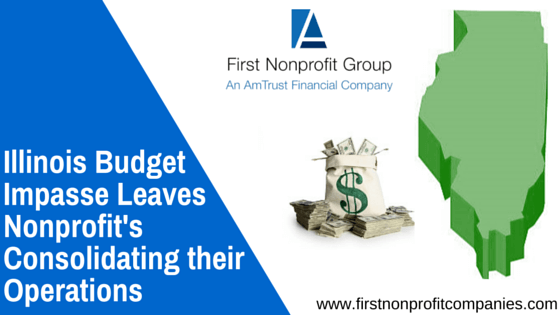 Currently, the state of Illinois is in the 12th month of a budget impasse for the current fiscal year that begins on July 1.

Illinois is eight months into a state budget impasse that affects nonprofits and educational institutions across the state. The severity of the impact on Illinois’ nonprofit organizations varies but for many, staff layoffs and reduced hours have been part of the plan of cutting costs while the State remains in deadlock.

Senior Services Plus, serving about 3,000 older adults a day, and Centerstone, one of the nation’s largest behavioral healthcare providers, are just two nonprofit organizations that have recently announced major changes to their operations. This past month, Senior Services Plus announced that their bus service was shutting down for the first time in 43 years and their Meals on Wheels program also cut back from five meals a week to four. On March 1st, Cornerstone will close its Big Brother Big Sisters of Southern Illinois locations, impacting youth, volunteers and supporters in five counties.