Cruz Mendez moved to Chicago from Mexico when she was six years old and has called the city and surrounding area home ever since. Cruz attended DePaul University in Chicago, where she majored in marketing. Currently the assistant director of sales and marketing at First Nonprofit Group, she developed a relationship with the company before she even attended DePaul.

“I had a friend from church who worked at First Nonprofit Group and was looking for a summer intern,” Cruz said. “I did that and then a couple of years as a customer service representative while I decided what I wanted to do in college.”

After deciding to major in marketing, Cruz started to do more work related to her studies at First Nonprofit Group, and after graduating, she took on her current role. She has enjoyed her time with the company and the chance to work in the nonprofit sector.

“I considered looking at other companies when I graduated but I was pretty passionate about what I was doing at that point,” she said. “I was achieving my career goals but also felt like I was making a difference in my community.”

Outside of work, Cruz has many hobbies. She began running a couple of years ago and is taking it to the next level as she trains with other First Nonprofit co-workers for a Tough Mudder competition in May. Marshall Whittey, regional sales director at First Nonprofit, formed the team and Cruz is excited to participate.

In addition to running, Cruz and her 5-year-old son, Gael, enjoy exploring the city, especially the Lincoln Park Zoo and the Field Museum. While she lives in Lansing, close to the Indiana/Illinois border, Cruz said she is usually back in the city at least once during the weekend.

Cruz is also a comic book fan, and she and her brother are currently working on writing and illustrating their own book. She is more the writer and her brother the illustrator, but she does some drawing as well. 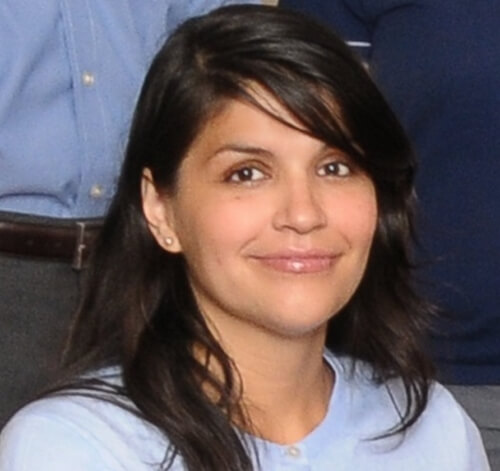