Mobile apps: Where do they belong in nonprofit planning?

Mobile apps: Where do they belong in nonprofit planning? 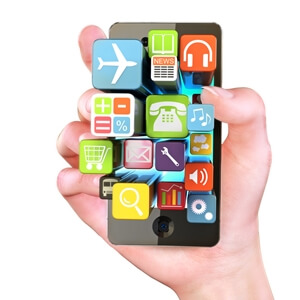 A growing number of charitable groups have made mobile applications a key part of their fundraising strategies.

Nonprofits are sometimes viewed as being behind the times when it comes to embracing technology. This is why direct mail marketing remains tethered to many fundraising campaigns. However, the truth of the matter is that nonprofit groups are diving headfirst into technology through social media, search engine optimization, and a number of digital strategies that help charities and foundations thrive in a world where there is increasing competition for donors’ attention and contributions.

There are a wide variety of tools that nonprofits use to make their fundraising more powerful and efficient. For instance, many organizations have invested heavily in making their websites more user-friendly for donations by cutting out much of the clutter that can distract potential contributors. They have also connected their campaigns to social media to give their philanthropic messages a louder voice and further reach. Most importantly, a growing number of charitable groups have made mobile applications a key part of their fundraising strategies.

What has already been done?

Last year, the marketing automation organization, HubSpot, put together a list of mobile apps that nonprofits can utilize to boost participation, especially within younger demographics that thrive on the technology that makes these tools possible.

A common theme for these mobile apps is using the power of everyday actions to support philanthropy. For example, Instead is an app that donors can download to their smartphone so they can contribute between $3 and $5 every time they buy a coffee or similar item. The consumer enters the value of the purchase into the app and then selects how much they would like to give to a specific charity.

A similar micro-donation app is called One Today, and it was developed by none other than Google to help organizations collect a very limited amount of funding – think $1 – from people on a daily basis. The goal is to create a continuous flow of revenue instead of appealing for a lump sum. At the same time, the app offers a matching function so users can challenge their friends.

Should nonprofits develop their own apps?

These apps, along with others, raise the question of whether nonprofits ought to take it upon themselves to create a proprietary app. Zee Hoffmann Jones explained on Nonprofit Technology Network that it is increasingly important for organizations to take a mobile approach to technology development.

There are varying costs to developing an app in house or working with service provider. Citing data from Mashable, Hoffmann Jones said it is likely the most rudimentary app would cost at least $10,000. Accordingly, it is imperative that nonprofits consider what kind of return on investment they would likely see given their donor base.

At the same time, developing the app is the first step. These tools require regular maintenance and updates to ensure they function properly and allow donors to participate in fundraising events. However, having an app specific to one organization and cause could be greatly beneficial for that nonprofit’s fundraising and outreach efforts.