Donors only have so much time to dedicate to researching causes to support, so it is critical that nonprofits capture their attention within only a few minutes. A video's quick and emotive nature engages current and prospective supporters in just a couple seconds. This engaging method captures the essence of a nonprofit's mission, while simultaneously informing, educating and inspiring prospective donors. With an uplifting tone, videos also motivate and mobilize supporters to give to an organization.

Additionally, video content is a valuable way to tell a meaningful story. Storytelling is one of the most effective methods to connect with a target audience, according to the Lincoln Journal. Whether it's a testimonial, the founders' motivation for starting the organization or the future of the nonprofit, these narratives will inspire supporters to donate.

Nonprofits must consider the video's goals and objectives
There are several components nonprofits must think about before producing a video, such as its message, the target audience and a call to action. The ultimate project intention may include raising awareness, cultivating membership relations and advocacy. There are various ways to measure the impact of the video and whether it achieved its objectives, such as views, clicks and shares.

To ensure as many donations as possible, the Nonprofit Technology Network recommends keeping the video short, such as three to four minutes or less, and presenting a concrete, tangible call to action. With a specific call to action, nonprofits can nurture an existing donor base, while also attracting new donors.

"Turn strangers into friends," said Seth Grodin of Flipping the Funnel. "Turn friends into donors. And then … do the most important job: Turn your donors into fundraisers."

Nonprofits may face various obstacles in video production
While many nonprofits hope to produce a quality, moving video, many times, budget constraints can be a barrier. Nonprofits must be economical to maintain low overhead costs, because most donors appreciate when their contribution goes directly to benefit programs and services. Only so much money is set aside for the development, communications and volunteer management departments. With limited funding devoted to each team, it's difficult to determine how much to allocate to video production. Nonprofits may consider seeking out volunteers with experience in video who can guide the process at a minimal cost, or at least suggest a realistic budget.

Many nonprofits are also challenged with limited time and resources. However, there are several solutions and ideas to address these issues. One is to utilize current staff members' talents, since it's possible a worker has prior video production experience. Also, collaborating among departments instead of working in silos can streamline the organization's strategy.

Additionally, equipment and editing software is becoming less expensive and more user-friendly. There is cost-efficient gear to choose from, whether it's a tripod, microphone or lighting. Bloomerang suggests using pocket cameras, smartphones or a Kodak Zi10 PlayTouch. This camera is inexpensive and comes with an external microphone input.

Nonprofits must get the word out through social media channels
Once the video is finished, strong distribution strategies will help the nonprofit's video be a success. Social media channels are an effective way to share the videos that nonprofits have created. By posting the link on their website and sending it to supporters via email, a nonprofit can ensure the video will be seen by many people in the desired audience. YouTube, in particular, stands out as one of the most important communication channels and is another useful site that videos should be posted on.

Video offers a human element. They take viewers by the hand and tell an organization's story. Make them see, hear and feel the impact of an organization's work. Hopefully, the videos will soon transform viewers into a part of the story. 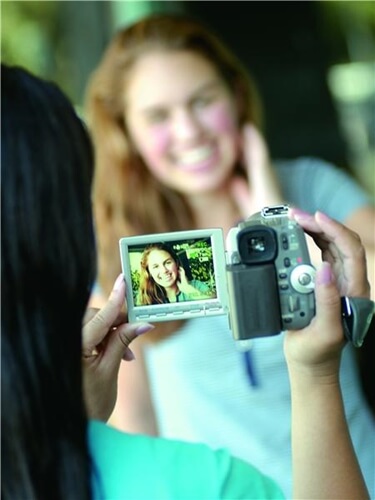