According to GrantStations new report, "The State of Grantseeking Fall 2013," there was a 21 percent increase in the number of award recipients compared to the same time last year, and 81 percent of respondents received at least one grant during the first half of 2013.

"Simply put, organizations are applying for and receiving more awards of a smaller size, in part to augment the loss of the traditionally larger awards from government funders," Ellen Mowrer, business development manager at GrantStation​, told The Nonprofit Times.

Private foundations represented the largest portion of grant funding, and financial support from all levels of government was reduced. While news of increased grants being awarded is positive, the smaller amounts are inline with trends that see nonprofits struggling to do more with less. For some, trying to raise funds can be a cost within itself.

Financial services are available to nonprofits that are struggling to receive grants
Nonprofits in the survey said a lack of resources and time were the main challenges to grantseeking. There are services available to nonprofits that can help them improve grant writing, fundraising and the overall health of their budgets. The financial services of experts can help nonprofits organize their budget and focus fundraising strategies so they can continue to provide and expand their services. 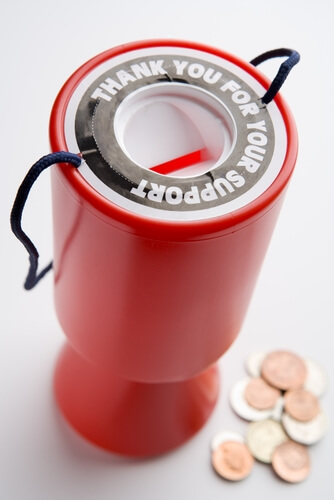