Nonprofits are constantly looking for ways to attract more donors and followers, but aren't quite sure which initiatives will bring about the highest return on investment. The answer may lie in using video in email marketing efforts. According to a study conducted by market research firm The Relevancy Group, one-quarter of marketing executives said email strategists at their organizations are currently using video in email. These respondents are able to achieve monthly revenues that are 40 percent higher than those who aren't taking advantage of video.

Video integration has several benefits
When organizations use email marketing strategies, they want readership to increase and to see higher levels of traffic to their website or online presence, which could both experience an added boost from integrating email. A infographic from VideoExplainers reported  nearly 54 percent of respondents to a survey said their emails embedded with videos could improve click-through and conversion rates, roughly 37 percent believe these messages could improve their organization's overall image and 34 percent stated loyalty among followers may improve.

Nonprofits that are integrating video into their emails to followers, donors and others interested in the organization should also be sure that that these emails are optimized for mobile devices. A report from Email Analytics conduced in March said roughly 43 percent of all email is now first opened on smartphones and tablets.

"Online videos are exploding in popularity while smartphones compete with desktops and laptops as a video delivery device, presenting a huge opportunity to stream video in email and other message formats," said Dan Forootan, president of StreamSend Email Marketing.

Online video growing in popularity
It is constantly becoming easier to view video clips on the Internet and YouTube is leading the way. This is why creating a YouTube channel may be a smart move for nonprofits, as it could help spread the word about the organization. Here are some statistics produced by YouTube that show just how popular online video sharing has become: 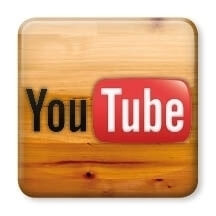