Boosting donations and raising awareness is more important than ever before as nonprofits continue to pop up throughout the United States. Losing just one supporter to another organization can mean a lost source of revenue and fewer dollars the marketing team, board members and decision-makers have at their disposal for future plans. This is why it may be a smart idea for nonprofits to try their hand at branding.

Following the lead of Jewish Family Service of Broward County in Florida, organizations can learn how to expand their supporter base. According to the Sun Sentinel, the nonprofit recently shortened its name to JFS, created a tag line, changed its logo and made its executive director the CEO of the organization.

"When you think about Coca-Cola or Nike, that's a brand," Kenneth Moskowitz, CEO of JFS, told the newspaper. "And as nonprofits, we need to brand ourselves just as much."

Logos can say a lot about an organization
All of these adjustments are an attempt for the organization to improve its branding, most notably the revision of its logo. An infographic created by customized printing company 123Print revealed the colors included in a logo could have a deeper meaning than some nonprofit decision-makers and marketers may think.  For example, including the color blue can indicate that the organization is well-liked, while hot pink may mean the organization has a culture of high energy, according to 123Print.

In addition, it's also important for nonprofits to pay attention to what other organizations have done with their logos. According to the infographic, 95 percent of the world's top brands only use one or two colors, 41 percent have logos that are only text and 9 percent don't even feature the company name at all. Evaluating the logos of businesses like Facebook, McDonald's and Starbucks may help nonprofits create an effective image to reflect the attitude of the organization.

Branding efforts are necessary
Some nonprofit leaders may not believe their organization should pay too much attention to branding, but Tony Beall, president and CEO of Mister Nonprofit Consultancy of Fort Lauderdale, Fla., told the Sun Sentinel that nonprofits have to do whatever they can to get ahead following the Great Recession.

"It's important for nonprofits to invest time, talent and money into marketing and branding," Beall said. "I think what JFS is doing is very smart." 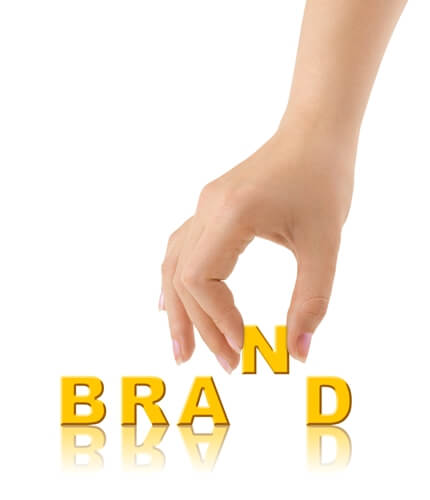