The volatile state of unemployment insurance in the U.S. is having a heavy impact on employers as well. While widespread unemployment has pushed many workers out of their jobs and into the unemployment office, the system that provides the benefits has become overburdened. State funds for many unemployment agencies dried up early on in the recession due to high demand.

To continue paying claims, many states had to take loans from the federal government. After two years, the loans must be paid pack in full, with interest, or the federal government reduces tax credits to employers to hasten the loan repayment. This means many employers could see an increase in UI costs without a change in unemployment at their own organization.

According to the website News-Leader, Missouri owes over $300 million to the federal government, meaning employers in the state would need to be taxed that much to pay back the loan. Tax credits will continue to decrease each year in the state until the loan is entirely repaid. Even after the loan is repaid, the state will also need to replenish the fund for existing unemployment claims.

The problem and solution for nonprofits
Nonprofits with tight budgets often find it difficult to meet rising cost responsibilities. The unpredictability of future unemployment insurance expenditures are bad news for organizations that may have already found themselves in a tight spot. While nonprofits are exempt from paying federal UI taxes, the state taxes are where there the employer credit disappears so their costs rise just like those of traditional employers.

However, one advantage offered to nonprofits is the ability to opt out of unemployment insurance tax pools and become a self-reimbursing employer. Under this designation, nonprofit employers are responsible only for the actual cost of claims submitted by former employees. Simply put, a nonprofit with no claims would have no costs related to state UI.

Enrolling in an unemployment savings program
There are risks for nonprofits, though. Should they see a sudden increase in claims they will find themselves responsible for a large financial obligation. Without the funding provided by the state tax pool, the cost could be devastating.

The solution is a program that provides a fixed annual cost that is lower than the tax rate and still provides security against an increase in claims. Unlike state tax payments, contributions to an Unemployment savings program, such as that offered by First Nonprofit Companies, can be made each quarter. This allows for a smaller, more predictable payment which is easier to budget for.

In state tax pools, contributions are made every year regardless of UI claims, so nonprofits are often paying to cover the costs of other businesses. In a savings program, there is no shared risk and the annual fee is based on the nonprofit's own risk profile. Furthermore, the account can be carried on an organization's books as an asset and is returned should they leave the program. 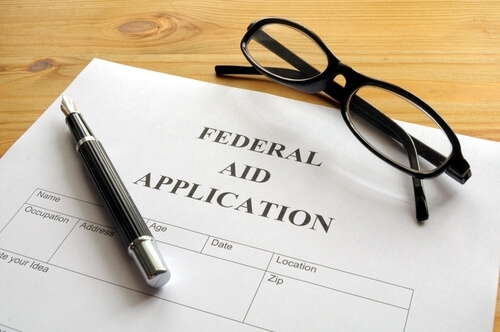