Raising funds and awareness through the Internet

Raising funds and awareness through the Internet

Two programs, one in ​Northwest Indiana and one in Chicago, are prime examples of how the speed and ease of digital giving produces amazing results. In early February, NWIgives held a 24-hour online donation blitz that began at midnight on a Wednesday. The event provided a way for hundreds of people in the area to support local nonprofit organizations.

Organized by the Lake Area United Way and Legacy Foundation, the event raised money for more than 100 nonprofits that serve the Northwest Indiana area.  According to the blitz website, the event raised more than $248,000 from 828 unique donors. One nonprofit, Forest Ridge Academy, saw donations in excess of $14,000 in the one-day period.

And online giving isn't just about raising funds. The Ann & Robert H. Lurie Children's Hospital of Chicago also encouraged website visitors to share from their hearts rather than from their wallets. Leading up to Valentine's Day, the hospital asked people to fill out a very short form on the website and leave a personal message. Each personalized form was to be printed as a Valentine for a child at Lurie Children's. The goal was to garner 10,000 submissions so that a unique card could be given to every child in the hospital.

After submitting the card, the next pages thanked visitors for their gesture and provided ways to share the campaign on Facebook, Twitter and Pinterest or through e-mail. It also ended with a call to action reminding individuals they could do even more by making a donation to Lurie Children's.

Embracing the Web for fundraising
While individual donations are not always as large, utilizing the Web to draw attention and raise funds for a nonprofit is something all organizations should be doing. In the case of Lurie Children's, the valentines were a gesture that will certainly brightened the day of sick children at the hospital. Beyond that, subtly reminding those who participated of the importance of supporting the organization with a financial gift was likely very effective.

While social media and the Internet often lead to impulse buys, a similar effect is seen with calls for donations. If an organization can express its need and mission effectively over Internet channels, it's possible to capture some funding from individuals browsing the Web. 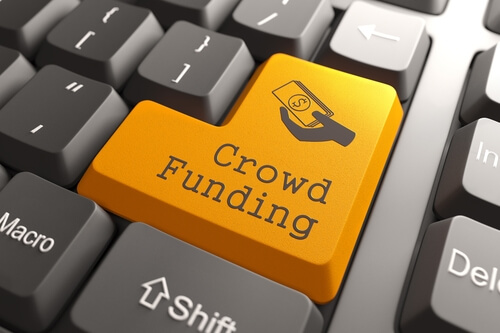