The importance of succession planning for nonprofits

The importance of succession planning for nonprofits

Nonprofits that haven't established succession planning as a main priority are running a substantial risk. There aren't any guarantees in the philanthropic world regarding job stability and employee retention. Broader economic and demographic forces can influence the direction nonprofits are able to follow, especially when age and experience of staff are pushed to the brink.

An agreed upon initiative
According to a recent study conducted by the consulting firm Waldron and the Evans School of Public Affairs at the University of Washington, 87 percent of upper-level executives at nonprofits indicated succession planning was very necessary.

Miscommunication among different leadership levels
However, there seems to be a disconnect between what senior-level members of the workforce see occurring and the perceptions of those identified as part of leadership teams. In fact, 54 percent of individuals marked as future organizational leaders said they didn't know who would assume the role of the chief executive if that person was forced to leave.

Meanwhile, 9 in 10 senior executives at nonprofits said they provided formal development opportunities, and a little more than half of those in the leadership pipeline said they recognized these chances. Additionally, few respondents said they knew of emergency succession plans in the case of an executive's rapid exit.

Sound strategies
This report suggests that there are inconsistencies in nonprofits involving the extent to which information about succession planning is shared at all levels. While upper-level executives indicate the development opportunities exist, they're useless unless those in the talent pipeline are equally cognizant of them and have chances to act.

The NonProfit Times offered several words of advice to help nonprofits make the most of their succession planning initiatives: 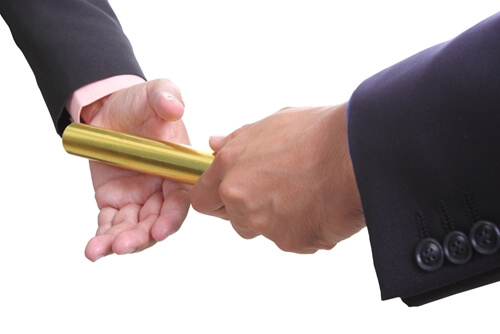