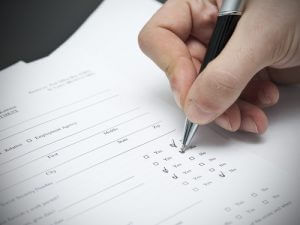 This article was originally posted in February 2015 as part of the “Financial Mechanics of Funding SUTA” series.

After the stock market crash in October 1929 and the subsequent Great Depression of the 1930’s, the national unemployment rate exceeded 25%. Simultaneously, throughout the world, industrialized nations began creating systems of insurance to support and compensate workers for wages lost during periods of unemployment. Nearly all of these nationalized systems became compulsory as each government enforced the coverage using laws, regulations and taxing powers to fund the growing financial liability.

The primary purpose of unemployment insurance is to deliver economic assistance and compensation to employees for wages lost during periods of economic decline and/or periods of involuntary unemployment. A secondary purpose, and one most relevant during the years that followed the Great Depression, is to keep the trained labor force in one location from dispersing to other locations where jobs are more plentiful.

The Act gave states the autonomy to determine their preferred mechanisms of their own SUI programs. Consequently, the 50 state SUI programs and taxing procedures are all quite different and have contrasting impacts on employers. In the USA, as a matter of perspective, in 2014, the estimated 50 state average employer tax contribution as a percentage of gross wages ranges from a low of 0.36% (South Dakota) to a high of 1.71% (Washington), with a national average of 0.82%. Consequently, an employer with a $2,000,000 payroll would have a tax cost of as low as $7,200 in South Dakota and as high as $34,200 in Washington.

J Randall Stevenson, began his career as an employer advocate in the unemployment field in 1970. His SUI experience, knowledge and expertise in state and national SUI matters is varied and distinguished.