A recent report issued by The Chronicle of Philanthropy shows that more Americans are giving to charitable organizations overall, but that increase comes from demographic groups that may be surprising for some. Donations from people making $100,000 or less increased during the six-year period from 2006 to 2012, but the level of giving is down among those with higher incomes. This statistic goes against many commonly held perceptions of philanthropy, specifically that the wealthiest people make the most significant donations in terms of overall value, if not frequency.

The jump in contributions is an encouraging statistic as it shows that more U.S. citizens are becoming involved with nonprofit groups and contributing to them. This is especially important in the wake of the Great Recession, when many people decreased or stopped their contributions to nonprofit groups entirely. However, the drop in participation of the wealthiest members of society is troubling. The two richest groups accounted for in the survey, those making between $100,000 and $200,000, and those making more than $200,000, showed declines in giving of 3.3 percent and 4.5 percent respectively. The fact that the report covered the time period from 2006 to 2012 means both pre- and post-recession years were included, showing that the fall off in contributions from the wealthy wasn't only tied to the economic downturn.

Focusing on the middle
The increase in giving by those taking home low and mid-level earnings should be viewed as a positive by nonprofits. While it will be difficult to replicate the sheer value of large contributions from wealthy individuals, a shift in strategy by nonprofit groups could lead to a larger overall amount of donations from the people who have recently become more involved in philanthropy. The Nonprofit Marketing Blog suggested that organizations focus on creating and nurturing the relationships they have with these contributors.

Because many organizations are currently focused on their high-level donors and the types of outreach that focus on low-dollar donations in high volume, the lucrative middle is likely being overlooked. Staff members need to start developing tactics that are geared more toward the interests and concerns of these mid-level contributors, as they are proving to be a growing part of the overall philanthropy scene. 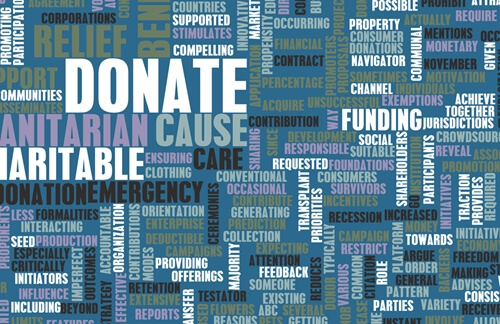