Donors want to know how money is spent by nonprofits

Donors want to know how money is spent by nonprofits

When it comes to giving, Americans have their concerns about where the money is going and how it's being used. According to a study by global research company YouGov, inflated salaries and administrative expenses are the main deterrent to making a donation.

Of the nearly 1,200 adults surveyed, 50 percent said they were put off when they didn't know exactly how the money was being spent, and 45 percent were worried that the charity was associated with a political party or religion. However, 49 percent had still given to a charity in the last 12 months.

Improve fundraising by helping donors understand the organization's needs
While the inflated salaries of nonprofit execs have been a topic of news stories on occasion, funds are needed for administrative costs. Especially during times such as a natural disaster, donors want to see their money in action. When possible, it's important to explain that all funds are used for the organization's mission, even if they seem indirect.

Depending on the group, donor hesitation can vary greatly. Donors that give to most small, local nonprofits will probably not require the same transparency as donors to a nationwide charity. It is easier to see donations in action on a local level than it is a national stage.

Preparing for the post holiday slump
In addition to easing donor concern about how money is spent, nonprofits must always remain aware of the decline in donations that will likely follow the holiday season. Giving spikes near the end of year because of the impending tax  deadline and increased number of charity drives. It's important that some funding be set aside to prepare for leaner times. It's also key to make sure fundraising strategies are at their best before the the holiday season arrives. 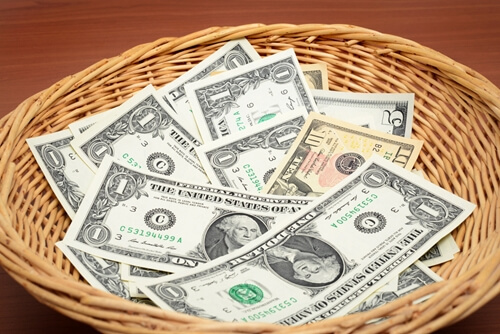