While the economy has been volatile in recent years, the Association for Healthcare Philanthropy's annual "Report on Giving" survey revealed philanthropic donations to nonprofit hospitals and health care systems did not suffer in 2012. In fact, nearly $9 billion was donated to such charities in fiscal year 2012, and fundrasing increased of more than 7 percent when compared to 2010.

Major gifts, corporate and foundation grants and annual contributions were the three biggest sources of funding in 2012, representing roughly 60 percent of all donations received by nonprofit hospitals and health care organizations. In addition, special events accounted for about 15 percent of all funding, while planned contributions brought it more than 9 percent of the yearly total.

"Last year's historically slow healing from the recession continued to challenge philanthropic efforts in support of health care institutions," said William  McGinly, president and CEO of AHP. "The most successful fundraisers were those who wisely invested time, talent and resources to cultivate the trust and loyalty of individual and institutional donors."

One of the bigger donations in the past year came from UnitedHealthcare, which awarded $5.2 million to California nonprofit health care systems in an effort to boost funding in underserved communities throughout the state. The gift, which was contributed in May, will help provide services such as health care coordination and delivery, drug treatment, physical education classes for elementary school students, healthy cooking classes for parents, onsite health screening and fitness programs for teachers and staff to help Northridge Hospital Foundation improve its School Wellness Initiative.

Brandan Cuevas, CEO of UnitedHealthcare of California, said these grants will provide a boost to the Los Angeles region and will "enhance the health and quality of life for children, adults and families." 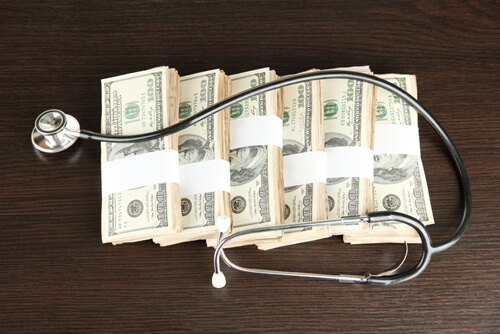