Nonprofits can take UI costs into their own hands

Nonprofits can take UI costs into their own hands

As part of an unemployment insurance reform bill that will be discussed by the Massachusetts senate later this month, legislators will revisit how employers are impacted by their obligation to finance the program. Senate President Therese Murray said in a statement that the system is currently not responsive enough to the record of employers and the proposed bill would seek to provide more predictability for company's budgets, according to MassLive.

The bill will attempt to balance the scale more evenly by leveraging higher rates against those organizations that use the system more and lowering the rate for the ones that use it less. The bill would also freeze the UI tax rate after this year at a new rate schedule to continue through 2017.

Employers across the country have seen massive increases to their UI tax obligations at both the federal and state level as the nation has combated high unemployment following The Great Recession. Many states had to borrow from the federal government to continuing paying UI claims and are now struggling to repay the loans. The cost of keeping state UI programs viable is often placed on the shoulders of employers in the form of mandated increases to federal UI taxes.

Nonprofits have not been immune to the rate increases either because while they are exempt from federal UI taxes, they must pay their obligation to the state pools. As unemployment rises, so do these rates. While the job market is leveling out now, there is no guarantee about the future risk of state UI pools.

Nonprofits don't need to wait for legislators to update systems
No matter how fair the systems become, employers will always run the risk of overpaying UI claims and covering the costs of organizations with high unemployment. While for-profits must simply wait and hope things improve, organizations in the nonprofit sector have a more cost-effective option.

Nonprofits have the option of opting of state UI tax pools and becoming self-reimbursing employers. Under this designation, an organization is responsible only for the amount actually paid out to former employees in UI claim benefits. The simplest explanation is that a nonprofit with no unemployment would have no costs for that year.

More protection against unemployment spikes
However, if unemployment at the organization rises, it could see increased costs if it has not taken advantage of financing programs designed specifically for nonprofits. Alternative methods offer organizations membership in a limited liability corporation or bonded service program. With these programs, nonprofits pay into a fund that they can carry on their books as an interest-bearing asset. The balance is also returned the organizations if they ever decide to leave the program.

Cost predictability is also greatly improved because nonprofits can pay their fees in quarterly installments. First Nonprofit Companies also provides self-reimbursing employers with stop-loss insurance that will limit the nonprofit's liability should a sudden spike in unemployment occur. The solutions are far and away the most affordable and safest option for most nonprofits to avoid costly state UI tax pools. 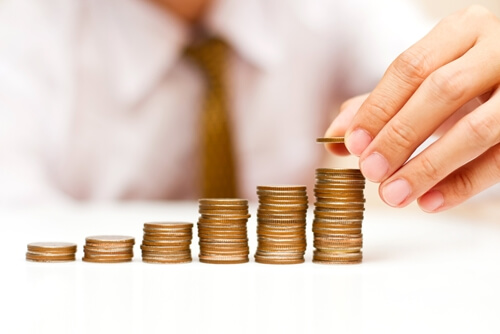