What changes will millennials bring to nonprofits?

What changes will millennials bring to nonprofits? 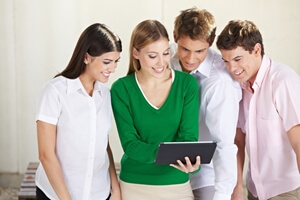 There’s been a lot of interest in researching millennials, the largest generation, particularly when it comes to how they impact nonprofits.

There’s been a lot of interest in researching millennials, the largest generation, particularly when it comes to how they impact nonprofits.
This generation is different from its predecessors that it trusts institutions and traditional methods of giving to social causes, explained NPR. It’s also a sizable pool of individuals – 80 million people by some estimates – interested in making a lasting change, and they’re reaching a point where they’ve got money to spend on charitable causes.

A change in rhetoric

One of the biggest changes facing nonprofits and foundations is the way they reach out to millennials. Language plays a big role in how charitable organizations attempt to engage this demographic. Among many millennials there’s a sense that they need to contribute to a cause based on obligation, explained Amy Webb, forecaster of digital trends for nonprofit and for-profit companies. Millenials would be more likely to say they’re “investing in,” rather than “donating to” a cause. What’s the difference? Webb said there are two parts of the word that differentiate from the act of contribution. On one hand, there’s the financial aspect of investing money in an organization, but there’s also a strong sentiment of being involved with passion. But the ways nonprofits engage millennials is markedly different than with previous generations.

According to the Pew Research Center, 75 percent of this generation indicated they have a profile on a social network. This means that philanthropic groups have an entirely new platform to reach out to donors. Traditionally, membership organizations and nonprofits have relied on direct marketing tools to get in touch with donors. This approach is largely a one-way conversation where the nonprofit organization provides information and hopes for a response.

Social networks, on the other hand, are multi-directional communication tools. They allow large numbers of people from diverse backgrounds and geographies to hold active discussions. This gives nonprofits an easy way to participate in, or even start, conversations with potential donors.

According to Pew Research, nearly 40 percent of millennials were enrolled in college when the 2008 Census survey was conducted. As a result, they’re the most educated age group in the history of the U.S. There’s also a significant portion of the millennial population that entered into graduate studies. Part of the reason for this stems from the fact that the Great Recession left millennials with few choices in the job market.

According to “The 2014 Millennial Impact Report,” this generation tends to prefer communal volunteer projects than giving to a specific campaign. When the study was conducted, as much as 55 percent of millennials had volunteered in the past month and 46 percent had donated $1,000 or more during the previous year. However, all of these activities were preceded by research into an organization.

Eighty-eight percent of millennials donated to a nonprofit in 2013. Charities need to recognize the impact of this group and the cultural shifts underway in the giving community, especially when they develop fundraising strategies. Traditional donation channels and outreach likely won’t bring as strong of a return on investment as in the past.