Nonprofits should harness power of third-party fundraising to increase revenue

Nonprofits should harness power of third-party fundraising to increase revenue

Fundraising in the 21st century is about much more than just simple requests for donations. Nonprofits have a myriad of platforms through which to raise money and have more control over widespread efforts to do so.

Technology has opened many windows for nonprofits, both as fundraisers and service providers. Tech advancements have allowed organizations to connect with more clients, volunteers and potential donors. There are also many cost savings associated with platforms such as email, social media and kickstarter programs. Social media also allows members to spread the word to friends and followers, often without encouragement from the nonprofit itself. Followers will share posts on social media, motivate friends to get involved and share their own experiences with the nonprofit.

Celebrities have also gotten more creative with their fundraising efforts in the wake of Internet publicity. They often share information about the organizations they support and get creative with donation efforts. Chicago Bears wide receiver Brandon Marshall said he will match a $10,500 fine by the NFL as a donation to his foundation. Marshall wore green shoes during game against the New York Giants on Oct. 10 to raise awareness for mental health issues, which his foundation supports.

Nonprofits face continued obstacles in maintaining balanced budgets. From reduced grants and government funding to the loss of exemptions on services such as water and sewer, it's more important than ever that nonprofits develop strong fundraising efforts. Third-party fundraising is a cost-effective way to raise money and continue to spread the word about an organization.

Nonprofit employees can also help the organization on their own time by participating in challenge events and by keeping friends and family updated on the needs of the organization. Third-party fundraising also allows nonprofits to rely less on large donations from single donors and harness the power of multiple donors who can reach out to new groups of potential contributors. 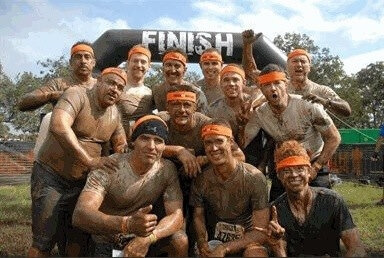